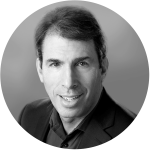 George believes that nothing is unattainable if you push fear out of the way. That conviction is likely why he’s been an accomplished writer, actor, sports public address announcer, and advertising executive. It’s also why he joined our team at Own The Room. As one of our expert Coaches, George helps leaders overcome fear, achieve their career goals, and accomplish the very things they thought were impossible.

Prior to joining Own The Room, George had a nearly 30-year tenure as Vice President of Sales at GRM Information Management Services, a global document management company that works with a wide variety of industries including law firms, financial services institutions and entertainment companies. Before that, he was a Vice President, Management Supervisor at Grey Advertising, overseeing strategic campaigns for major brands such as Kool-Aid and Red Lobster. George holds an MBA from Fairleigh Dickinson University and a BS in Marketing from American University. Yet despite these impressive professional achievements, his proudest accomplishment happened within the confines of a baseball stadium press box.

After 14 seasons as the Public Address Announcer for the New Jersey Jackals minor league team, George wanted to bring the experience of baseball to kids who were unable to physically play on the field. He developed and launched a program called P.A. Heroes, which offered children with physical limitations such as muscular dystrophy, cerebral palsy, and autism, a special chance to announce games on the stadium microphone.

A lifelong lover of the arts, George has also written several plays — four of which have been produced in one-act festivals in New York City, which is just 12 miles from Montclair, NJ, where he’s lived for many years. He’s not always behind the curtain, either. George has acted in several plays and even had a role in the Martin Scorsese classic, Goodfellas. The next time you see George, we won’t blame you if you ask for an autograph (we did!).