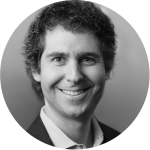 Two simple words changed the course of Stuart’s life: talent and potential. After nervously sitting out most of a high school speech competition, these encouraging words from one of the judges inspired Stuart to overcome his fears. With tireless dedication, he graduated as a New Jersey state finalist in Impromptu Speaking, and found a new passion for helping others discover their own authentic expression.

He brought that passion to a 13-year career in Client Relationship Management on Wall Street, guiding decision-makers at Fortune 500 companies across various industries, including media, technology, and pharmaceuticals. He also built the catering business for an internationally-renowned restaurant in Manhattan, and has worked for many years as an actor in award-winning film, television, theater, and commercials. His credits include Bull (CBS), TURN: Washington’s Spies (AMC), and the voiceover for an Emmy Award-winning PBS promo. Stuart is also the co-founder of Morning Dove Films, a production studio whose recent comedy White Alligator screened across the globe and earned an award at the Bled Film Festival in Slovenia. In addition to his day-to-day work, Stuart has been a communications coach since 2005.

The same dedication that’s carried Stuart through his career has resulted in several impressive personal accomplishments, too. He spent seven years volunteering as a tutor with the Jewish Child Care Association of New York and was named the 2013 Mentor of the Year by The Mentoring Partnership of New York. And if you ever invite him to a dinner party, you might learn that he’s been vegan for over a decade, is fluent in Spanish, and holds a Black Belt in Japanese Karate.