The number one tip of all if you really want to improve communication is: Eliminate Weak Language such as ‘Filler Words’. In English, the main filler word is ‘um’ – every language has some version of the hesitation form.

We say it because we’re uncomfortable. We want to use it as a crutch while we’re thinking of what we’re going to say next.

A word like ‘basically’, if you had to define it for a non-native speaker, what does it mean? The simplest form for ‘basically’ is a fancy way to say ‘um’. It means nothing, it adds nothing to your sentence.

Weak language is any word or phrase that does not add value to your message.

There is no neutral. Everything that comes out of your mouth makes your message stronger or makes it weaker.

Try to think of someone in your life who takes very long to say very little. When that person opens their mouth, what does your brain do? It never shuts off, but it raises its filter. Even when you like the person and you like what they’re saying, the filter goes up because it takes them so long to tell their story.

The opposite effect is true as well. Your filter goes down when they open their mouth because what they say is concise. They don’t use a lot of wasted words.

Whenever you open your mouth, everybody else’s filter moves up or down based on the reputation you have in their subconscious brain for weak language.

Your mission when improving communication is to identify and eliminate those words that you use that don’t add any value. However, we know it can be hard to self-identify your filler words as you are talking. That is why we built a cutting-edge Weak Language AI Engine, implemented on our LifeHikes® mobile application.

Can a computer understand weak language? 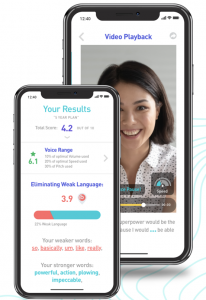 Human beings can easily recognize weak language in conversations since we understand the contextual meaning behind the sentences. But for computers, it’s a different story. Words such as “like,” “well,” and “right” all have different meanings,  depending on the context. Some context makes them weak — but in other cases, those words have actual meaning. Does this mean it’s impossible for computers to recognize weak language? Although there are several obstacles, the Own The Room team figure out a solution: A.I. Language Model.

What makes our technology the best?

You can improve communication skills by eliminating weak language! Download the LifeHikes app (it’s free) and become the strong, concise speaker everyone likes to listen to.

Want to master other communication, leadership, presentation, or sales skills? Contact us to learn more or explore our other virtual training sessions.

How to Convey Complex Concepts -

Daniel was brilliant. A data analyst at a rapidly growing startup, he had swiftly proven himself to be a keen thinker who could quickly find patterns amidst rows of data. There was just one problem.

Reflections on an in-person training in Germany - 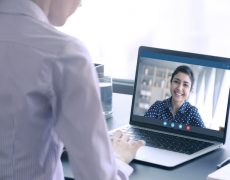 3 Tips on How to Ace The Job Interview - 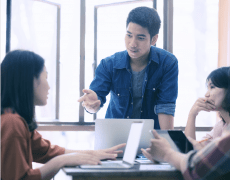 “Communication is at the very core of our society. That’s what makes us human.” – Jan Koum. We couldn’t agree more with the co-founder of WhatsApp, who went from a life on food stamps to selling his company to Facebook for $19 billion.