How to Convey Complex Concepts

LIDIA ARSHAVSKY, OWN THE ROOM COACH

Daniel was brilliant. A data analyst at a rapidly growing startup, he had swiftly proven himself to be a keen thinker who could quickly find patterns amidst rows of data.
There was just one problem.

Whenever he got up in front of colleagues from other departments to present those findings, his listeners would tune out. It wasn’t that they didn’t care. His insights were critical to the company’s future growth, and they wanted to hear what he had to say.
Even so, they struggled to follow Daniel as he threw out numbers and statistics, interspersed with acronyms. In his excitement to deliver his results, he would ramble for half an hour or more without pause.

Daniel’s manager knew that with a few tweaks and a change in mindset, Daniel’s presentation skills could skyrocket – so it was Own The Room to the rescue! We taught Daniel three key approaches that can help anyone presenting dry, complex data connect with their audience, and leave them wanting more:

1. LET THE NUMBERS TELL A STORY

We’ve all had that temptation. When we have many numbers to present and feel that each one is relevant, there’s a strong desire to share them all. But our brains can hold only a limited amount of data points in our short-term memory. As a result, the more numbers we hear, the more likely they are to go in one ear and out the other.

So how do we make those figures stick? By putting them into context with a story.

Chances are, you want your audience to understand the significance behind the numbers – not just how much, but why they matter. By putting them into context, they can come alive for your audience. Saying that your favorite nonprofit received $4 million in donations last year is not as powerful as stating that it was “enough money to buy lunch for every underprivileged child in our school district for an entire year.”

In 2015, Elon Musk famously emailed all SpaceX employees, admonishing them for using unnecessary acronyms. Musk felt that an accumulation of acronyms and department-specific jargon impeded communication, and made newcomers to the company hesitant to speak up when they didn’t understand what was being referenced.

Many industries, companies and departments develop their own lingo over time. But when presenting, it is important to avoid jargon as much as possible. Even if you think your audience consists of “insiders,” you never know when you might be losing people who are too shy to speak up and ask what a term means.

3. YOUR AUDIENCE LEARNS BY DOING, NOT LISTENING

When we are asked to present our expertise, there is a lot of pressure to be the expert – to show up and have answers to everything. And sure: chances are, if you’re up on stage, it’s because your listeners want to hear your expert insights.

But here’s the secret: your audience will remember only a small part of what they hear. Research has proven that we learn best by interacting with the subject matter, rather than simply watching or listening. In order to make your message stick, you should talk less, and get them involved as much as possible.

How do you do that? Create an atmosphere where participants are encouraged to ask questions, and even provide some of the answers themselves. Not only will it make them feel smart, but it will engage them on a deeper level than simply listening to you explain the facts, allowing them to retain your message much longer. 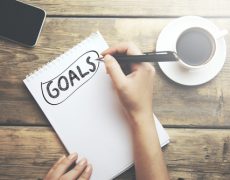 4 Steps To Consider When Making Your 2022 Resolutions - 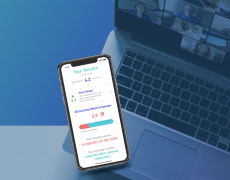 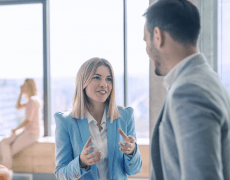 Feedback: The Gift That Keeps Giving -

Here at Own The Room, we say that feedback is a gift. During our communication skills training, we encourage everyone to not only ask for feedback on their presentations but to demand it. Insights from others are important because they can help us see elements of our communication style – verbal and nonverbal – that we cannot always see. 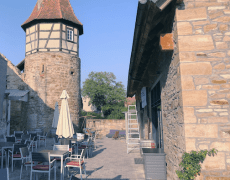 Reflections on an in-person training in Germany -