Home > Blog > Be Different. Be Visual.

Be Different. Be Visual.

I recently saw a speech that stayed with me and moved me. I’ve told many people about this speech because it did everything we believe at Own the Room makes a great speech.
The speaker likes to be different and used a visual image—a photograph—as part of her talk. It was a moving photograph, the kind that stays with you long after you’ve seen it.

She wasn’t afraid to show her emotions and even though she was standing at a podium, she used her voice and her body language to reach out to everyone in the audience, to engage them.

Michelle Obama has always been a very good speaker but this speech, given over three years ago, was particularly memorable, it inspired us to be different. In it, she shows us her true self, one who is passionate and committed to change.

She tells the story of a White House staffer who brought his young black family to visit the White House and meet the President. After their picture together, his younger son, Jacob, asked the President if his hair felt just like his own.

The President said, “Why don’t you see?” He leaned down as low as he could and let the five-year-old touch the top of his head. And the boy exclaimed, “Yes! It does feel the same!”
Michelle Obama told the audience that every few weeks, all the photos in the West Wing are changed, but that photo has remained on the wall for over three years. She said, “If you ever wonder if change is possible, just think about that little boy, in the Oval Office, touching the head of the first black President.” Mrs. Obama added that children who walk by that photo in the White House now think nothing of it, because that’s all they’ve ever known. They’ve grown up taking for granted that an African American can be President of the United States.

The First Lady spoke about the generations before who struggled and fought and marched with a dream so that they could see their children have opportunities that weren’t available to them. Noting that it’s been over 150 years since the Emancipation Proclamation was signed, she referred to that Oval Office photo and said, “I want you to remember that the house they were standing in—the house my family has the privilege of living in—that house was built in part by slaves.”

Michelle Obama knew that a visual image can tell a powerful story. More than that, she wasn’t afraid to show her emotions, to be really connected to the message she wanted to convey.

When we coach speakers, we tell them to be effective leaders, to give truly memorable presentations, there are three key ingredients.

Be different. Do something that expresses who you are. Be funny if you can, move around, tell stories—a fact is 22 times more memorable when wrapped inside a story.

Paint pictures. Create a visual, either showing a real image, like the photograph Michelle Obama used, or describe visual images, for your audience to see.

Evoke emotions. If you are moved and passionate about your subject, your audience will mirror those emotions—so don’t be afraid to show them how you are feeling.

Whatever you’re speaking about—whether it’s a presentation to a customer, data your team is reporting on to senior members of your team, or climate change— be different, bring your authentic voice, your passion, and your creativity. 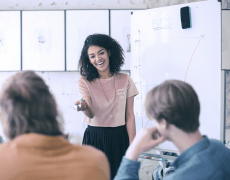 Does a bullet really hit? -

Think about that when you use bullets in your presentations. Rather than using too many of them, target them carefully. Even better, why not try to win without shooting. 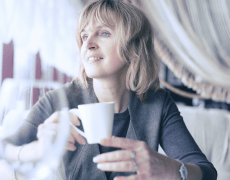 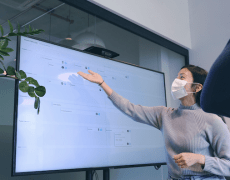 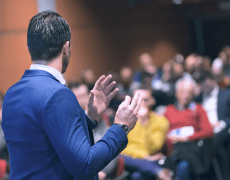 Be a better speaker at South by Southwest -

So you made it to the big time. You landed a speaking slot at South by Southwest (SXSW), the annual conglomerate of interactive media, music, and film conferences. They say everything’s bigger in Texas, and there aren’t too many stages bigger than this event in Austin. So you’d better bring your A-game.